Things to Know About Using Toilets in Other Countries 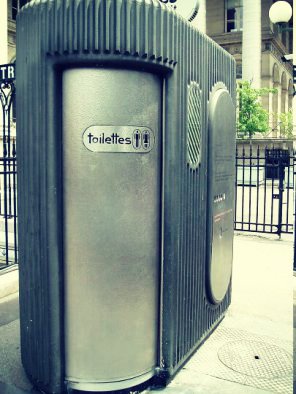 Traveling can be fun but almost all people who visit other countries know how challenging it is to find clean and comfortable toilets. Most of the time, going to the potty can be a nasty experience. Nonetheless, people still need to go!

Here are some tips that can help everyone when they need to heed nature’s call while visiting a foreign country:

The first thing that we need to know when using the toilet in the UK is that it is called the “loo” there. Britain does not have as many public toilets as other countries, but travelers can easily spot one in government and community facilities, train stations, shopping centers, and libraries. The best thing about UK toilets is that their cubicles have more privacy when compared to American cubicles, but they are narrower, which makes it a bit difficult to do things one does with toilet paper. Also, expect to pay when using these toilets.

All public toilets in the Land Down Under are closely maintained by the Australian Department of Social Services. Finding one is not hard because the government operates a website where anyone can download a map to one of their 16,000 toilets. These maps feature icons that will let people know which toilets are open for 24 hours, which offer diaper change facilities, or which have showers. The icons make it easier for tourists who do not speak English to find their way to the toilets. People with disabilities can even purchase a Master Locksmiths’ Association Key or MLAK, a master key that fits all public toilets in Australia as long they have a letter of authorization from a doctor.

There were a few nasty stories about toilets in China that circulated years back but the government had improved on them. Some tourists even notice that public restrooms in China are cleaner than those in North America and Europe. Finding one there won’t be hard because all of China’s major tourist destinations feature new and clean toilets along with attendants who make sure of their cleanliness. A tip that people need to remember when they are in China is that they need to have their own toilet paper because unlike in Western countries, giving out tissue paper is not a norm in hotels there. Furthermore, always remember that public toilets are “gong cuo”, men’s rooms are “nan”, and ladies’ rooms are “nu” in Chinese.

Most trip advisors will say that tourists must have a few coins with them when using public toilets in France because the majority of them are pay toilets. You must have at least € 0.60 when using these pay toilets. The most interesting among these are the automatic street toilets which automatically open its doors when you put money into the coin slot. It also automatically sanitizes itself with disinfectant spray once you are done. Be wary not to sneak in into one just as another leaves it to save money because you will be sprayed with disinfectant and the toilet bowl will retract into the wall. For those who want to save cash, there are free toilets in French cities but these are not as clean as the pay toilets.

Finding a public toilet in Mexico is not hard because they are literally everywhere. If there is none, locals are sometimes nice enough to let tourists use their personal bathrooms in their home. Even if some Mexican toilets are worn and old, they are still clean. Nevertheless, travelers in this country must always remember that most of the toilets here do not have toilet seats. They must also bring their own toilet paper when nature calls. If there is a bin inside the toilet cubicle, put the used toilet paper there and do not flush these down. For sanitary reasons, also bring personal hand soap because public toilets here rarely feature one.